Wednesday started with an insightful and vivid lecture by Michael Ghil from the University of California and the Ecole Normale Supérieure in Paris. Being a professor of different subjects, he exemplified how useful it is to mix disciplines and think outside the box: With climate data he gave us some understanding of Spectrum Analysis, tipping points and bistability. Not only did these tools enable us to prove that Joseph predictions on Nile River flooding were pretty good (http://research.atmos.ucla.edu/tcd//NEWS/Ghil_NileTalk.pdf), but also could we use them to analyse and compare the dynamics of economic indicators (GDP, consumption, investment) from different countries. An important factor of using these models is their possible overparametrization with too many unknown variables (the so called “unknown unknowns“). 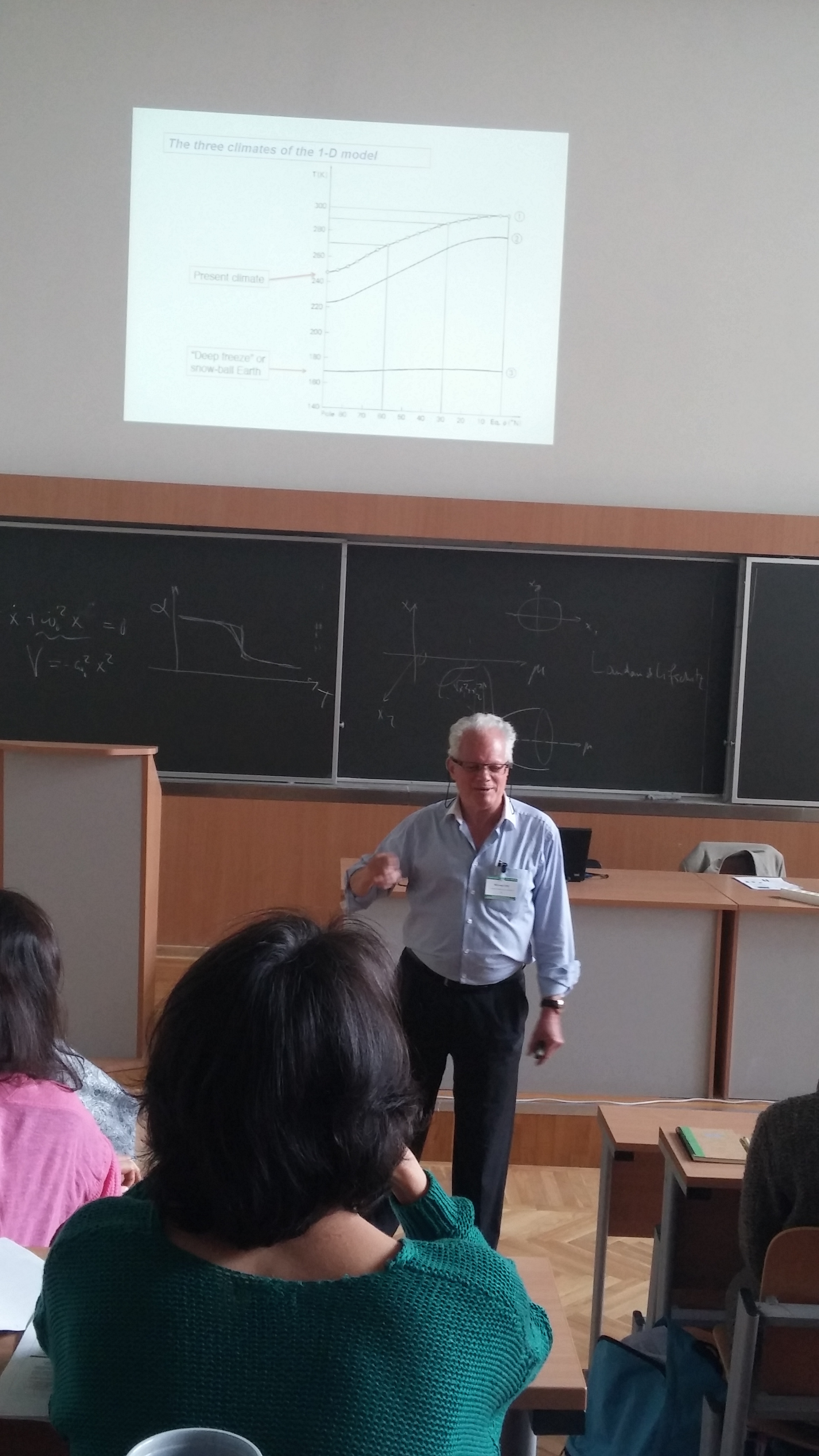 This was followed by another tutorial by Sergey Aseev, who thankfully summarized what we had (hopefully) learned from his first lectures: How to prove the existence of an optimal control, its necessary and sufficient conditions. After applying Hotelling and Hartwick rules, we were all ready to refuel some fresh oxygen in the botanical garden. It was established the same year as the MSU and comprises approximately 30 hectares with 5000 (wild) plant species. We were guided through the rock garden which is dedicated to the different mountain systems of the world. 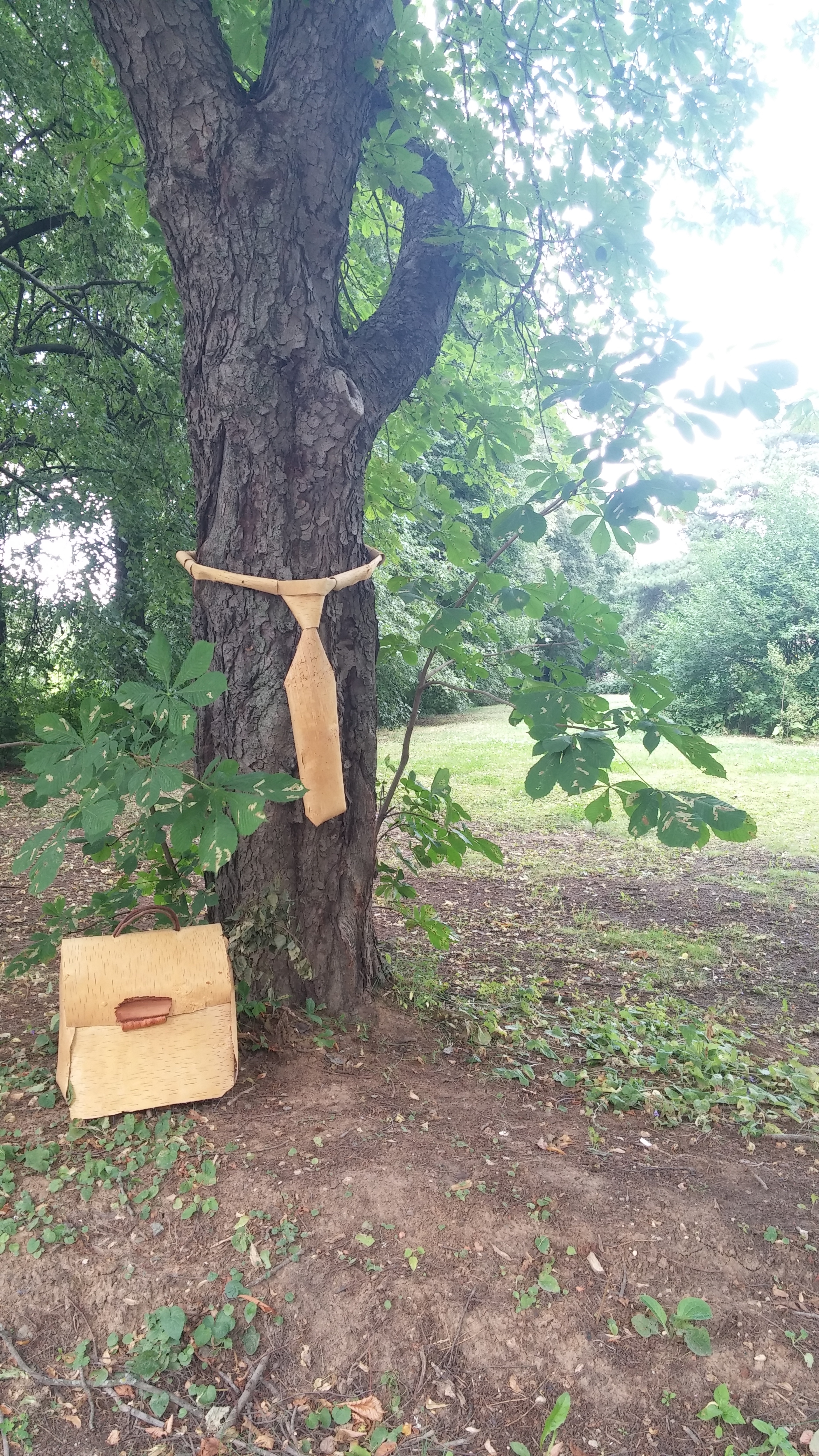 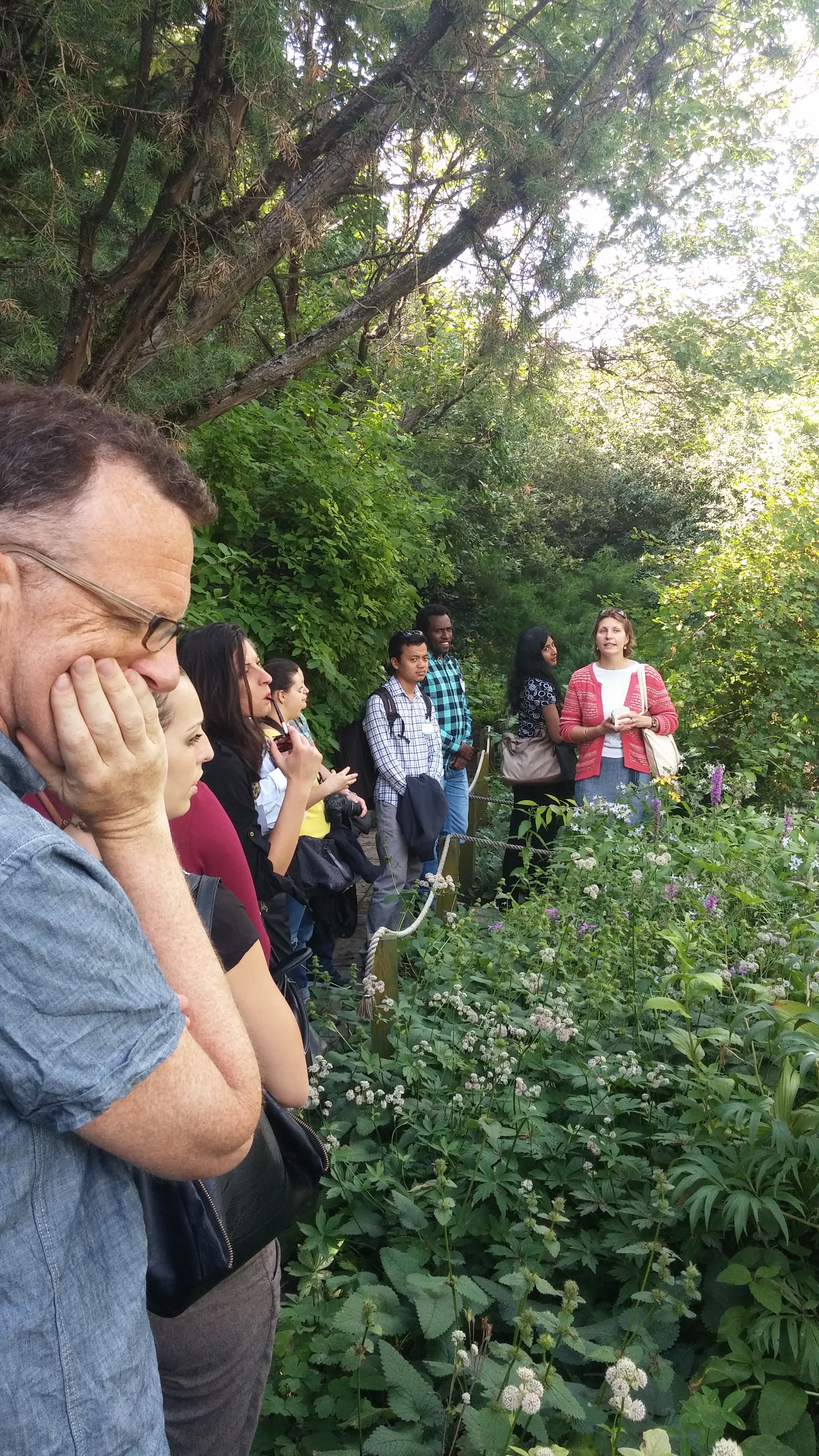 Excursion to the botanical garden

7 participants then presented their research related to Sustainability and Resource Management. With a few exceptions, the presented future scenarios were rather negative, predicting, for example, a strong water scarcity in Algeria followed by a more than 100 % higher domestic water demand by 2050, forecasting a worldwide decrease in GDP, or predicting an 76 % increase in mortality rate of young Arctic cod due to future acidification. Many of the presented models seemed to also contain many of Michael Ghil’s “unknown unknowns”. 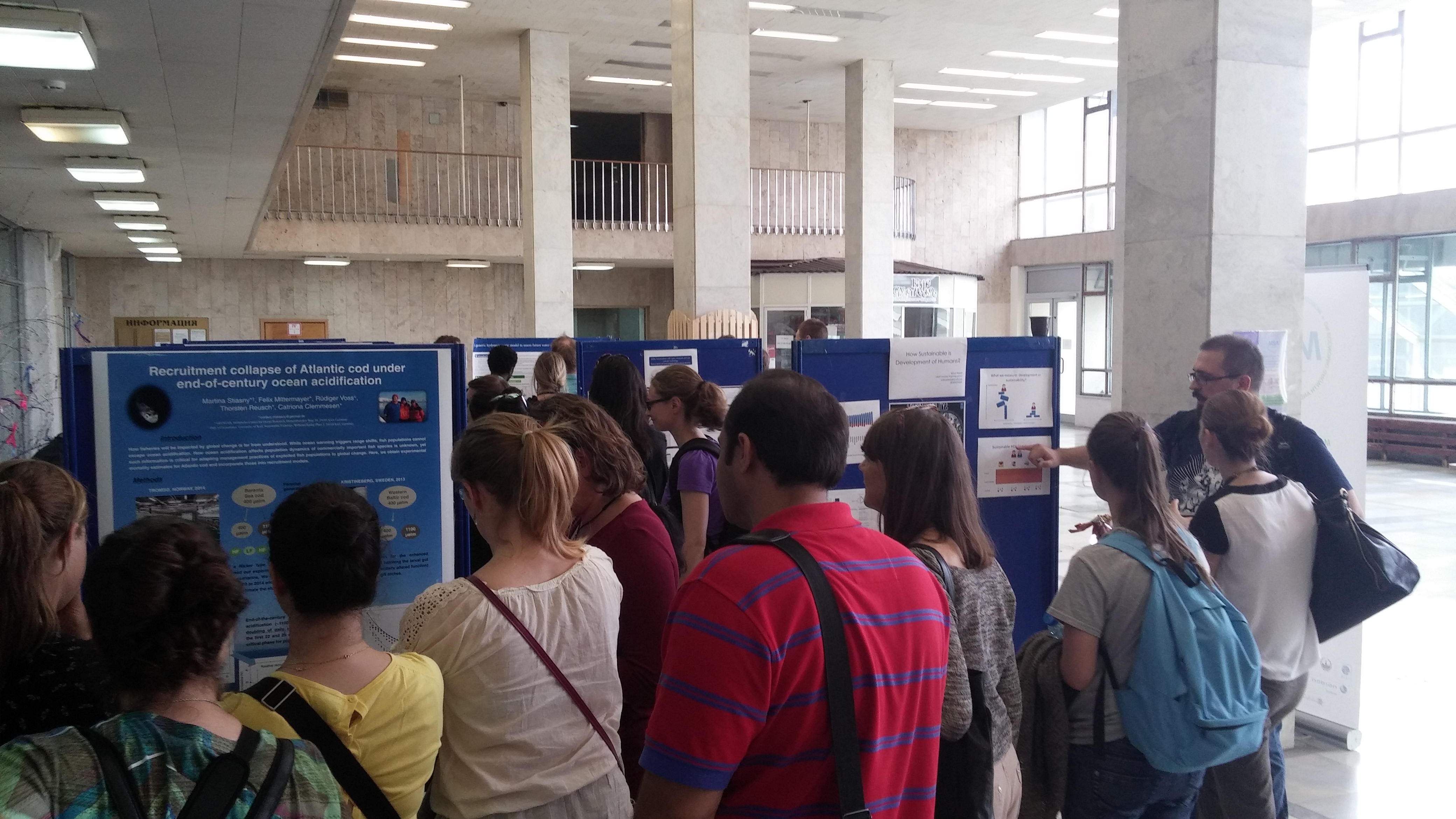 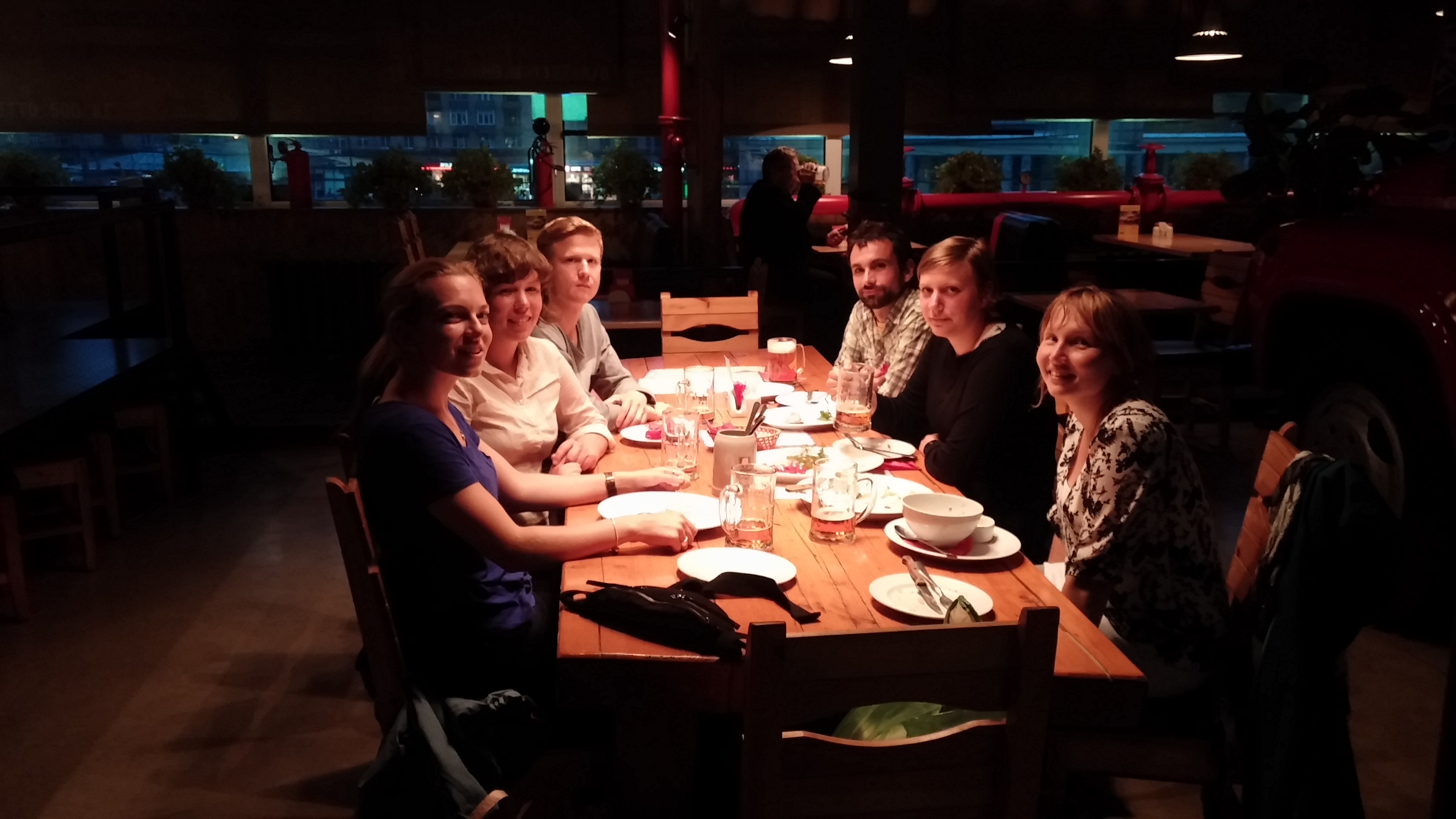 The “youngsters” of GreenMar (Fredrik, Marcos, Susa, Emma, Matilda and me), finished the day in a fire fighting pub with traditional Russian food (beef stroganoff, mixed pickles and homemade sausages) and Russian beers. Although the accumulating lack of coffee became more and more serious I was very much looking forward to Andries Richter’s lecture (finally something familiar!). He showed us how anthropogenic-resource interaction can be modelled, the canonical bioecconomic model and key concepts such as MSY, MEY and open access were presented. In the following Matlab tutorial we analysed the stability of these reference points. The highlight of the day was Nils Chr. Stenseth’s talk “Advice to young scientists”, a 16 ingredient recipe for success in science. His talk emphasized the summer schools motto: interdisciplinarity and joint forces to reach the goal of Green Growth. 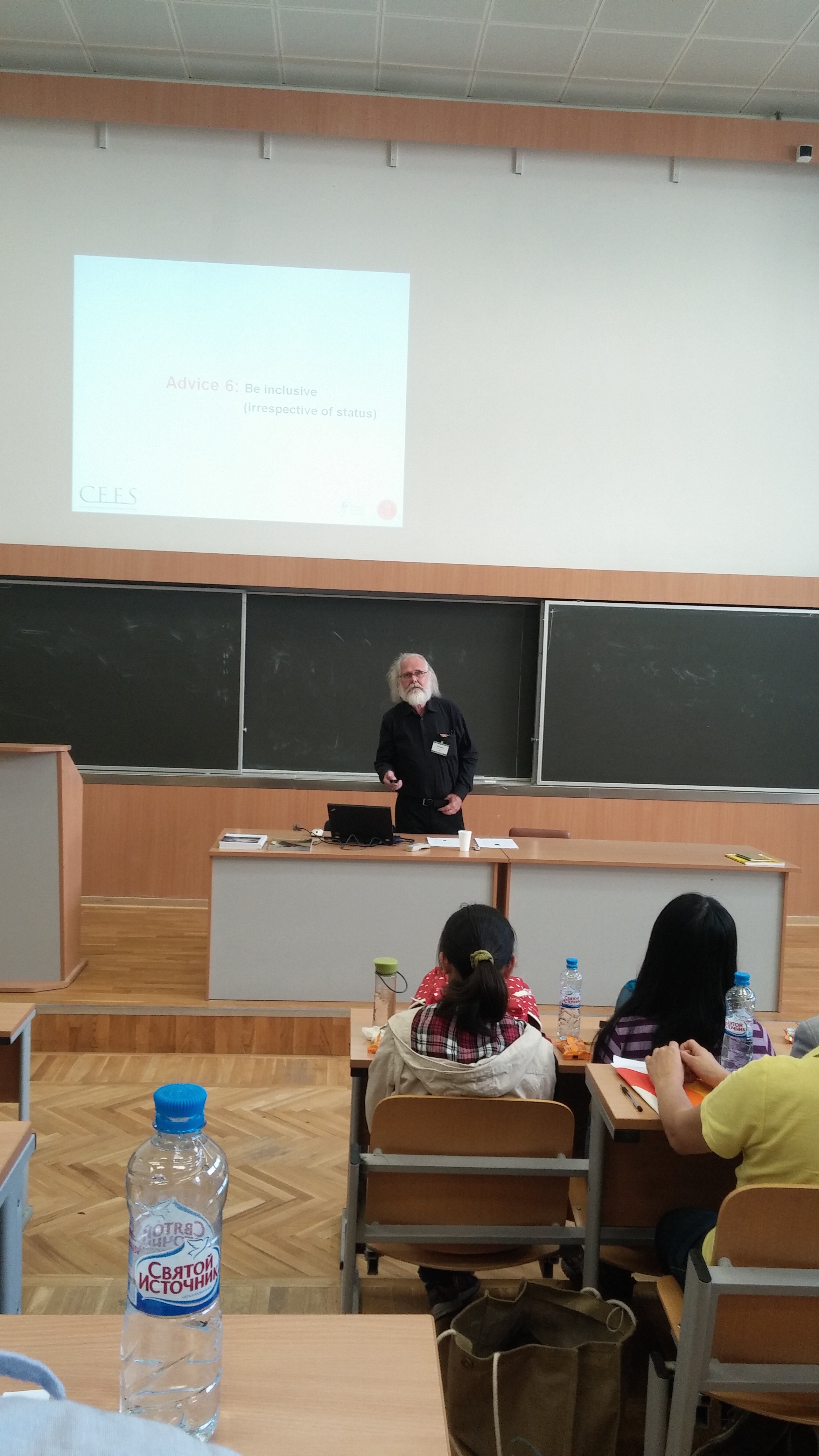 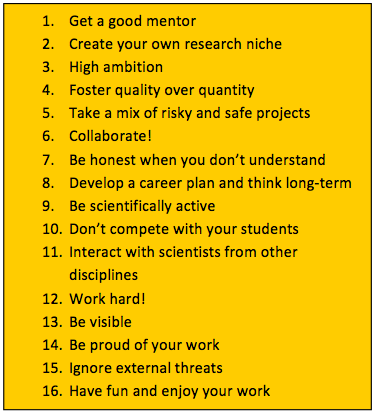 Nils Chr. Stenseth giving some advice for good science (point 14 and 16 are my favourites)

By Anna-Marie Winter
E-mail this page
>
News > MSA blog #2: There are known unknows and unknown unknowns

Responsible for this page